The Second Annual Dixon Dub Lip Sync Battle at the Hilton on Friday evening, September 29th was a night filled with fun, dancing and plenty of entertainment! The Dixon Dub event helped raise an impressive $62,000 for Dixon School of the Arts.

We would like to send a special shout out to the LaBelle Performing Arts team “The Pac” for their spectacular performance of Tina Turner’s “Proud Mary.” The Pac’s high energy and perfectly choreographed lip-sync rendition earned them the Judge’s Choice spot in the competition. 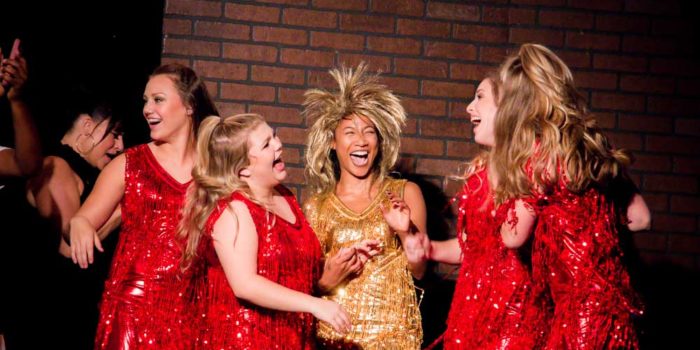 The People’s Choice award went to Old Spice and their mashup performance of Spice Girls and Salt n Pepa classics – a definite multi-generation throwback for the entire crowd!

A very special shout out goes to the Dixon School of the Arts students for breaking the ice with the first performance of the night. The scholars performed “The Whiz Day” by A Brand New Day and was a fitting start to an evening that was all about Dixon.

Words Matter from the University of West Florida was a dynamic duo performing “Uptown Funk” by Bruno Mars. The Wizard of Dixon, the teachers at Dixon School of the Arts, had an appropriate schoolhouse themed performance using Mabel King’s “Don’t Nobody Bring Me No Bad News.” Red Fish Blue Fish’s team Purple Fish kept it comical with a parody performance using “Livin’ in the Fridge” by Weird Al. The party vibes were high when Holla$ & Cents, the team from Navy Federal, took the stage with LMFAO’s “Party Rock Anthem.” The Gulf Power Team, appropriately named Amped Up, had the crowd whipped into a frenzy with an energizing lip sync of “Perm” by Bruno Mars and “Moves Like Jagger” by Maroon 5. 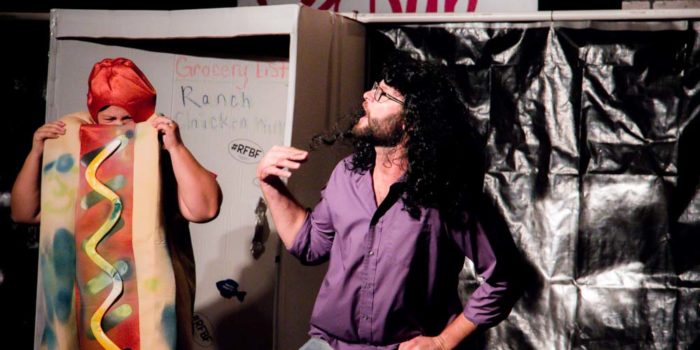 The 2017 Dixon Dub event was a huge leap forward compared to last year’s event. Aidan O’Daniel, Head Coordinator of Dixon Dub, talked about how special the evening was.

“The attendees practically doubled from last year’s event,” she says. “And we had a wide range of sponsors and support from all over the community. It was inspiring to see the community come together and support Dixon School of the Arts with so much passion.”

We would like to give a big thank you to all the sponsors who made this year’s event a huge success. 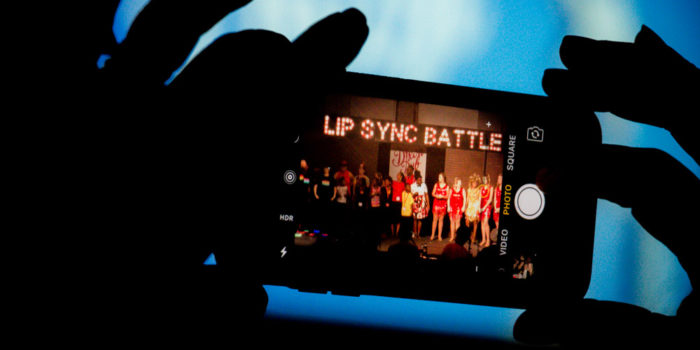 Jill Thomas, Chief Marketing Officer of Innisfree Hotels, led the charge and created this monumental event. She took the time to write a special thank you to the Innisfree team and other volunteers that made the event possible:

Special thank you to all of you who made Dixon Dub a huge success this year.  Our super fun sold out, perfectly executed event raised $62,000!  We have to start by thanking Julian and Kim MacQueen for dedicating Innisfree Hive resources to this great project.

I’ve heard kudos from so many people who attended the event. The talk around town is that Dixon Dub is officially the charity event of the year in Pensacola.

Dixon’s Director of Development, Katie Cobb is keen to get started on raising sponsorships for next year on the heels of our success. We are going to take this to a Hole Nother Level next year.

I want to say some special thank yous…

First of all super special thanks to Aidan O’Daniel (Bee Extraordinaire). She played a significant role in organizing this event last year (when she was a barely paid Bee Loud intern). She was so overwhelmed last year from the stress she was on three kinds of antibiotics.

She volunteered to be the head organizer this year (even with her busy school schedule). She put her heart, soul, and sanity into it and pulled off a fantastic event. I am so proud of you I am bursting.

Special thanks also to Stacey Byrd and the Hilton banquets team. Dub is not an easy event to organize mostly because of the big (sometimes conflicting) opinions of the people in charge. You were a superstar and demonstrated professional acumen beyond your years. You and your team executed flawlessly.

Thanks to Rich Chism for staying the course, keeping me on track when I spazzed out, and for catching all the details we missed just in time.  (Drove me crazy but made it so much better. As always you were right.)

Thanks so much to Brian Mager and the development team for building the super cool DJ booth. It was so cute and creative. Y’all are amazing.

Thanks to Rachel and the Bee Loud design team for creating an amazing brand and all the materials needed to promote and execute the event. Rachel put about 80 hours of design time into this. The product (sponsorship book, programs, tickets, posters, ads and so much more) was award-worthy (get that Addy!).  When I threw out the food and drink vouchers, she went dumpster diving in her beautiful dress to save them (talk about going beyond the call of duty).

Thanks to Julie Jacques for reaching out to all her suppliers and bringing in many many sponsors (most of whom are not from here and have never heard of Dixon).

Thanks to Carolanne Savage, Jasmine Hunt, Jeremey Agricola, and John Corsair for helping us recruit sponsors from corporate vendors.

Special thanks to Jeremey and the team at RFBF for fielding the Innisfree dub team. You were hilarious! So so funny and creative.

Thanks to Shelby Tudor for running all the errands and picking up whatever loose ends needed picking up. Thanks also for agreeing to be our stage manager at the very last minute.  You are a rockstar and an amazingly good sport.

Thanks to Ivy Everitt and Shelby Tudor for pounding the pavement all over town (literally going door to door night after night) and raising sponsorship money from local businesses.

Thanks to Julian & Kim MacQueen, Brooks Moore, Mike Nixon, Rich Chism and Jason Nicholson for recruiting sponsors from the corporate vendors and bankers. Big big thanks to Rich Chism or recruiting Cat Country as a co-sponsor.

Thanks to Mike Nixon for being a volunteer judge and wearing that super funny wig.

Thanks, Morgan Walker for producing the incredible slideshow.

Thanks, Stephen Grey for creating a thousand amazing photos and a video (coming soon everyone).

Thanks to Logan Singelton for helping with photography and written promotions.

Thanks to Ashley Kahn Salley for writing the announcers script.

Thanks to Seth Fagan, Ron Wilson, Taylor Hinnant, Kelly Green and Ila Jacobs for volunteering at the event.

Special thanks to the breakdown crew including Matt Bradley, Vernon Gray, and Rick Czeck.  The least fun part is cleaning up.

Special thanks, George Coolbaugh for recruiting and organizing these amazing volunteers.

Last but of course not least, thanks to Gina Dudley and Ian Folakan for being great hosts (as always).  Your costumes were amazing. You made our night.

If we forgot anyone, please let me know so we can shout them out.

See you next year.